Don’t own a kindle? Download the kindle app free! 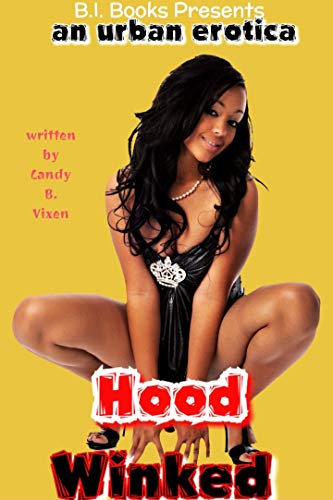 Hoodrats.” Ryan Wilson mumbled under his breath, as he perused the photos of sexy women in suggestive poses on his iPhone. “Look at this broad.” Ryan stopped scrolling to examine a photo of a young caramel beauty in purple lingerie. He double-tapped on the photo to enlarge the image. He could see that her nipples were pierced through the see-through material. His chest swelled up in anger as he stared at a crying boy, a toddler no older than three years old, standing in the background looking up at the woman.
“Fuck this.” Ryan exited out the online dating app, then uninstalled it off his phone.
Ryan tapped the icon of his favorite sex hookup app and logged in. He smiled (something he hadn’t done in ages), when he noticed that he had finally gotten a reply back from the woman he had been trying to bone since he first installed the app a year ago.

Multimillionaire entrepreneur and socialite, Regina Reid is used to getting anything she wants, even if it’s at the expense of others. With a rolodex of rich eligible bachelors’ at her fingertips, Regina instead opts to have a Valentine’s day fling with one of her employee’s significant other. As exhilirating as the tryst is for the “It girl”, it may not be worth the consequence.

“Most younger men loved older women and Mack was no exception. At just twenty years old, Michael “Mack” Corleone Jr. was the youngest guy I had ever given my 36-year-old p***y to. By the looks of his nonstop texts and phone calls, I had his nose open wider than a coke addict. In fact, he had become somewhat of a nuisance as of late, always wanting my constant attention.
Mack definitely needed to pump his breaks. In addition to me being way out of his league, I wasn’t looking to get serious with any dude with an earning of less than 900k a year. With the exception of a highly attractive stockbroker I had started seeing, the type of men I usually entertained were those of a much higher caliber. You know the type: CEOs, entrepreneurs, and professional men. Mack, on the other hand, couldn’t afford to buy a pot to piss in. Majority of the time, it was I who provided the condoms, weed, and bottles of Hennessey, per his request. If it weren’t for Mack’s unbelievably big black mandingo, I would’ve chucked the deuces a long time ago.”