FREE SHIPPING ON ALL PAPERBACKS

(Shipping within the U.S. only)

The dating world is hard enough as it is. Meet Natasha Murphy: a 30-something serial dater secretly coping with Borderline Personality Disorder.

Part 2 of Bordeline takes place one year later, amid the pandemic of 2020 and civil unrest in the United States. Not only has the current political climate affect Natasha’s mental health, but so has the mandated isolation of shelter-in-place. While briefly abandoning her therapy sessions, Natasha struggles to bridge a relationship with her siblings and mentally ill mother. As if all the chaos in her world isn’t enough, Natasha regresses to her old unhealthy habits, including entertaining the wrong men. 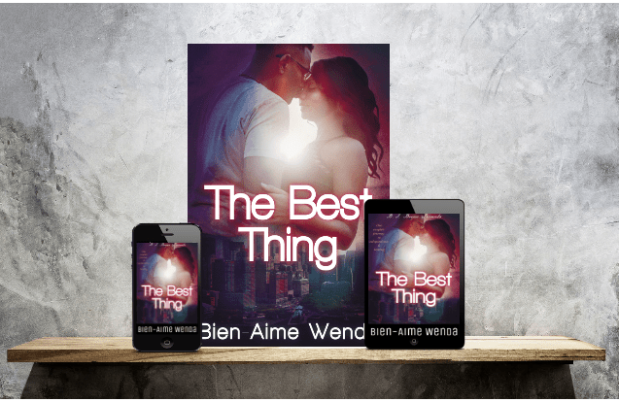 “I’M THE BEST THING THAT EVER HAPPENED to Hope Richardson. She was Hope Meyers before we married five months ago. Up until meeting me, my wife admitted that she’d given up on finding a good man.”

Habitual cheater ,  Xavier  Richardson, likes his women naive, subservient, and plus-size. Hope Richardson, his wife of five months is all of the above in addition to being a homebody who’s self-conscious about her weight; something Xavier takes full advantage of. After attending her husband’s class reunion, Hope forms a friendship with socialite and social media influencer, Vivica Love, who’s happens to be an old high school nemesis of Xavier’s. As a result, Hope’s self-esteem flourishes and is evident in an inner and outer transformation, something her husband isn’t supportive of. When one of Xavier’s past affairs comes back to haunt him, he’s forced to face his demons and insecurities in a fight to repair his marriage. 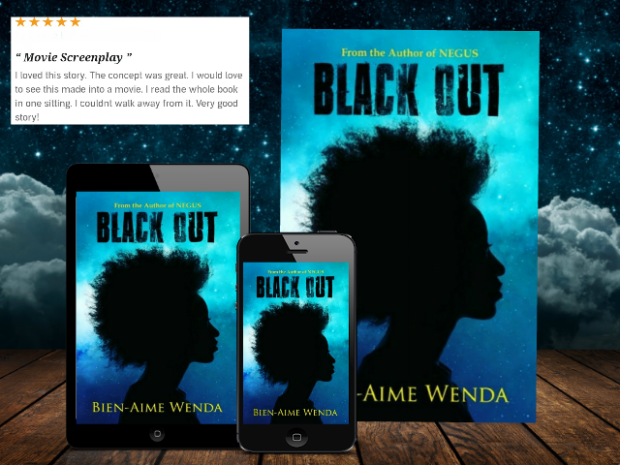 With racial tension dividing a small Mississippi town, what happens when one by one, white residents awaken to find themselves with skin pigmentation as dark as those they despise? In the small town of St. Molasses, Mississippi, the town was so small, there was only one library, one school, one pharmacy, and only one major grocery store. If one wished to visit a museum, shopping mall, night club or movie theater, they’d have to travel a couple miles over to the city of Marmalade to do so. Like most small rural towns, everybody knew everybody. Depending on what you were up to, that could either be a good thing or a bad thing. They knew whose little boy or little girl every child belonged to, whether he was white or colored. Which would explain why Freddie, a black visitor, had been receiving odd looks ever since his Plymouth Fury had overheated right in front of the city sign of St. Molasses. Little did the racially charged town know what was in store for them.

A Compilation of African-American Science Fiction 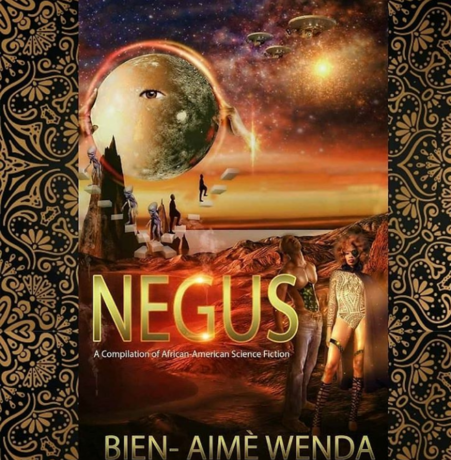 NEGUS, a collection of African-American Science Fiction short stories and flash fiction will satisfy conspiracy theorists, sci-fi lovers, as well urban fiction readers. Whether you’re obsessed with aliens, astronomy, pineal gland decalcification, crystals, or life before birth and after death, NEGUS hits a homerun with out-of-this world content that’ll leave you in deep thought about life and this planet we call home.The collection also includes a preview of NEGUS II

With memories of the planet Earth not too far behind, Huey’s journey on the new planet of Negus resumes with Rosa and Kwame. Rosa discovers another phenomenon  related to the decalcification of pineal glands. The Melanins continue as visitors from another planet trek to the United States. The collection also includes new stories.

FED UP: Tales of Revenge 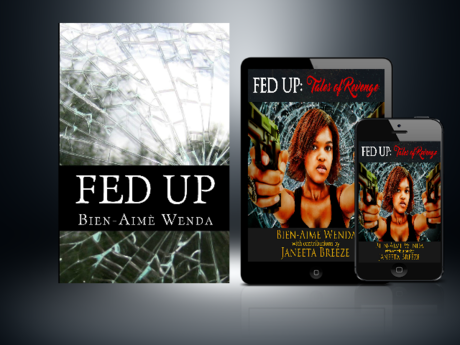 WHEN ENOUGH IS ENOUGH… We’ve all been there: used, lied to, or cheated on. But what do you do when enough is enough? You don’t cry, you get EVEN! Bien-Ame Wenda presents a compilation of stories of the scorned. Including a hopeless romantic, the token nice guy, a submissive wife, the celebrity couple, the hood chick, a mayor’s wife, and more. Each refuse to wait on karma but instead decide to seek justice on their own terms. The collection includes two contributions by author, Janeeta Breeze. Confident and determined, video vixen, Koreen Wilson has it all: money, fame, supportive friends, a loving daughter and an adoring fiancé. What happens when Koreen continues to risk it all for her insatiable sexual appetite?Meet Koreen’s closest friends:Ivonka Roux is the finest attorney money can buy. With her 38th birthday looming, Ivonka is desperate to find Mr. Right and start a family…..even if it means ignoring red flags. Mother of six, Desiree Loren regrets ever marrying her adulterous husband, a man three times her age. Keeping her suicidal thoughts a secret, her friends soon become suspicious after Desiree begins to exhibits some unusual behavior 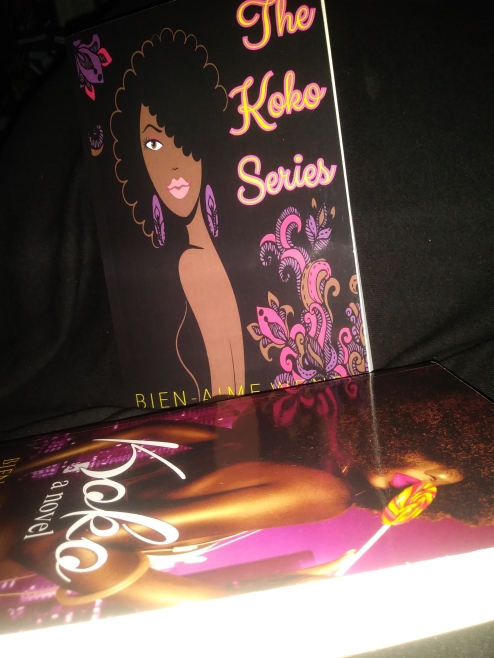 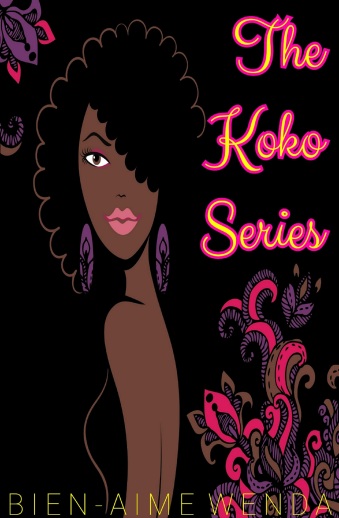 The paperback edition of Koreen Unfiltered, Bait & Switch, Desi Ever After, Pick Me Blues I and Pick Me Blues II . Previously sold only in ebook format, these short stories and nouvellas have been compiled into a single paperback for those who prefer physicial books.Books 1, 6, & 7, KoKo: a Novel, Queen of Mean, & Armani the Hottie, are not included in the compilation, as these titles are already available and sold as single novels in paperback format.

Not everything that glitters in Hollywood is gold. Life isnt what it seems for the snide gossip talk show host. For years, The Mindy Mathers Show has earned popularity by interviewing, exposing, and gossiping about celebrities. What happens when the facade the NBA wife/talk show host created comes crashing down?Book 6 of the Koko Series.

The sequel to KoKo: a novel, Armani the Hottie continues the story of Koreen Wilson and Pierre Woods.

Alluring up-and-coming R&B artist Armani Rayne is  not only a triple threat, but America’s sweetheart.  Despite Amani’s charmed life, she can’t seem to shake off the one person threatening her newfound happiness: actress and former video vixen, Koreen ‘KoKo’ Wilson and  her newborn baby. Celebrity fitness trainer, Pierre Woods always thought he and KoKo were destined to be together forever. After numerous  devasating scandals hit the tabloids, Pierre finds comfort in his client, Armani Rayne, but not without a price. Grammy award-winning songstress and former bestie to Koreen Wilson, Keyshia Valentine is Armani Rayne’s latest ace boon coon. With her own sly schemes under her sleeve, it’s only a matter of time before the real truth about Ms. Valentine is exposed. 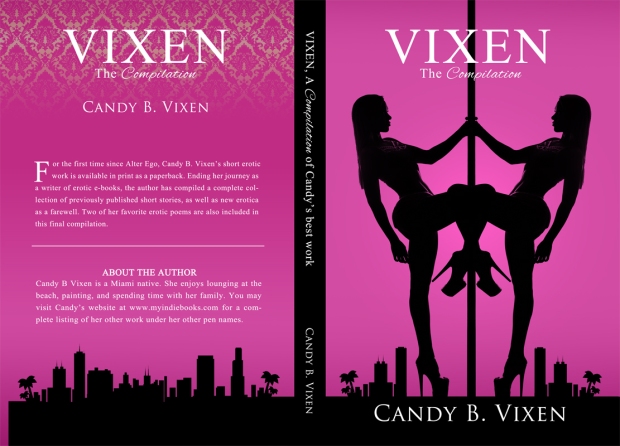 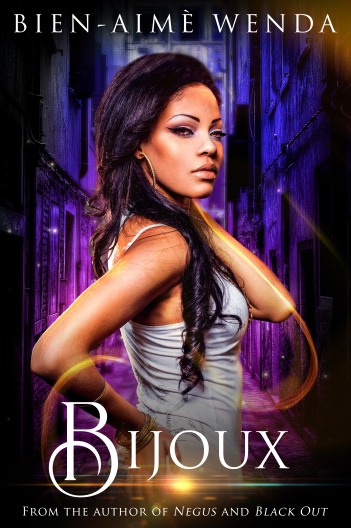